Vision drives your business. Ford Motor Company knows something about corporate vision. When Alan Mulally joined Ford as CEO from The Boeing Company in September 2006, the company was about to post a $5.6 billion quarterly loss. To reverse Ford’s downward spiral, Mulally created a plan to simplify the product line and borrow money to ride out the global economic crisis. He also created the One Ford Vision, which specified how people would work together towards “one team, one plan, one goal.”

Mulally’s consistent articulation of that vision to everyone, everywhere, gave legs to Ford’s growth. Joe Nocera commented on Mulally’s vision in the New York Times on June 2014 after interviewing Bryce Hoffman, author of American Icon: Alan Mulally and the Fight to Save Ford Motor Company. “Once he had his vision for the company, he repeated it at the start of every meeting, whether the audience was Ford executives, securities analysts or journalists,” he wrote. Mulally told Paul W. Smith on WJR morning radio that he and Bill Ford agreed on

Pulling everybody together around a compelling vision and a strategy for Ford going forward, and then a plan to achieve it. Two, bringing a management system where everybody was included, everybody knew what the plan was, everybody knew what areas need special attention, and the culture change that would go with that…

Ford’s transition from losing $12.6 billion in 2006 to making $8.6 billion in 2013 can be directly attributed to this vision and its execution throughout a global organization. Imagine creating a compelling vision for your company, sharing it with everyone in the company, and tracking to it on a regular basis. Would that take your business from $5 million to $50 million? From $50 million to $200 million?

When Ford CEO Alan Mulally stepped down in July 2014, COO Mark Fields succeeded him. Fields had helped institute the One Ford vision across the company and played an important role in helping the company gain traction with the vision. Traction for Ford meant a weekly business plan review meeting, which Mulally established to track the progress of the One Ford plan and to monitor the global business and competitive environment. Field led the Thursday meetings which are credited with driving a reliable and transparent process for running Ford’s global operations and enabling Ford’s senior leadership to work closely together and act decisively on its plan

The well-known executive coach, Marshall Goldsmith, worked with Ford CEO Alan Mulally when he was still at Boeing. Most top executives work with coaches, and large institutions typically have a senior organizational development role; a person who works with the executive team to develop leadership skills and resolve issues.

Profitable Growth for All (PGA) 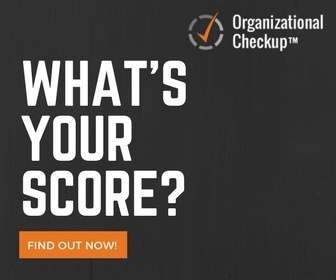